Plans to Create a Style Guide

on February 13, 2021
As noted elsewhere, the color scheme for this site and the design aesthetic is intended to be in line with a Mid Century Modern theme. The color scheme for the site is a warm, dark brown base (sort of like dark hardwood floors) plus accents in light blue and white.

Those are not the only possible colors for this design aesthetic and they aren't the only ones that will be covered on this site. That is a color scheme I understand is somewhat unusual for other styles and somewhat typical or representative for this style and I happen to like it.

This website is intended to be a resource for people wanting to develop SROs or live in them. It may also have potential to be supportive of the general move towards a 15-minute (walkable) neighborhood and a move towards smaller residential spaces generally, a la the current interest in Missing Middle Housing.

Mid-century modern (MCM) is an American design movement in interior, product, graphic design, architecture, and urban development that was popular from roughly 1945 to 1969, during the United States's post–World War II period.

To my eye, Mid Century Modern decor looks rather urban. In reality, it's a style that is associated with the birth of the suburb, so there aren't a lot of urban architectural examples of this style from the original period of 1945 to 1969.

I have been told that I will likely have to find buildings in this style from the 1990s or later to use as examples of urban Mid Century Modern architecture. I feel like I might be looking a little foolish to other people at the moment, but I'm not really feeling foolish because I've studied the history of housing in the US, so I think my concept still holds water here.

Suburbs today are sprawling fields of sprawling McMansions, often in gated communities or with other barriers to pedestrian traffic. We think of suburbs now and we think of wrap-around sofas with large entertainment centers.

But that isn't how suburbs began. That's not what they were like during the period that gave birth to the Mid Century Modern style.

Homes in the fifties typically had a washing machine but no dryer (they used a clothesline instead), no microwave because those hadn't yet been invented and generally had fewer amenities. They tended to not have air conditioning and were somewhat more inclined to fit with passive solar design principles where, for example, windows were positioned with the idea that you would open two of them to create a cross breeze.

The modern world has changed such that some of what we did back then simply no longer works well. With a much more crowded world, people are less inclined to leave windows open because the world is generally less safe and we tend to lock things up tighter.

Additionally, older homes somewhat frequently need their electrical system updated to really play well with a modern lifestyle. Homes from the 1950s had fewer electrical outlets because you simply didn't have a lot of electrical gadgets. You had a lamp and a radio and maybe a TV that had two channels and stations went off the air at like 9 p.m.

This detail is especially important to my mind because I believe a move back to smaller spaces is facilitated by the existence of the internet and virtual goods. As I recently outlined elsewhere, we can do things like replace multiple bookshelves holding hundreds of books with a compact e-reader.

But that does mean that a modern SRO or other small urban home needs sufficient electrical capacity and internet access to support a modern lifestyle. The internet didn't exist in the fifties and homes from that era did not have the kind of electrical capacity demanded by our current reliance on gadgets, which is why it's common to blow a fuse and have the lights go out if you try to microwave something while also having the TV and other things on in an older home.

Thus it is unavoidable that styles from that era will need to be adapted rather than copied. I'm okay with that and I am reminded of some of the ideas from the book How Buildings Learn which very effectively made the point that wonderful old buildings are wonderful precisely because they are old and have had time to evolve.

Contrary to popular perception, most wonderful old buildings were not simply brilliantly designed better from the get go. Most developed into something wonderful over time as they were added onto, updated, etc.

Initial suburbs from the post-war era were often still walkable neighborhoods compared to suburbs today. So unlike suburban designs of today, suburban design from that era isn't necessarily inherently hostile to the goal of developing a walkable 15-minute neighborhood.

They were still walkable in part because they typically weren't built with barriers to pedestrian traffic, like gated communities and other more recent trends. It was also true in part because people were generally more used to walking.

More recently, I have also lived without a car for over a decade. Over time I have developed more physical stamina, new mental models for how to relate to getting around on foot and over time my idea of what is "walkable" has changed to be more in line with what I grew up with.

What I grew up with was not an experience of things being in walking distance due to shortness of distance per se. Distance matters, but it's not the only factor in the equation.

That donut shop I used to walk to with my older sister when I was seven was quite the hike for me at that age. The reason we went wasn't because of nearness per se. It was something fun to do and we had the time.

It was a bit of an adventure and the world was less busy back then and what we call "Free Range Parenting" today was just called parenting back in my day. People knew their neighbors and children didn't typically randomly disappear and children had tornado drills at school, not active shooter drills.

The 1950s is actually when SROs began getting torn down in the US, so in some sense it's sort of a fiction or a fantasy to imagine a Mid Century Modern SRO or other urban development. So me planning to put together a style guide on this site amounts to inventing this fiction of an urban downtown Mid Century Modern world.

But I think it works because the suburban family homes that gave rise to Mid Century Modern design were relatively small spaces in relatively walkable neighborhoods compared to what we tend to have today in the suburbs. So I think the interior design part of Mid Century Modern style will readily work well in a small urban residence of today with little to no modification (granted computer desks simply didn't exist at the time and my vision here very much includes modern computers, tablets, laptops and cell phones).

I may be hard pressed to find anything like a Mid Century Modern style of SRO because it was during this period that we began tearing down SROs. Historic styles for SROs will tend to be pre World War II, not post World War II.

So the style guide I plan to create may have to basically invent the format for a Mid Century Modern style SRO. I'm okay with that.

Last but not least, my plan to create a style guide is not intended to dictate anything. It is intended to be helpful to people and be a resource to draw upon, not me lecturing you that "You are doing it wrong!" if you decide to go with some other aesthetic while trying to do mixed-use urban development, small scale (SRO or Missing Middle) residential development, 15-minute neighborhood development or similar.
Meta Style Guide

This Site Is Ad Free

Thanks For Your Support 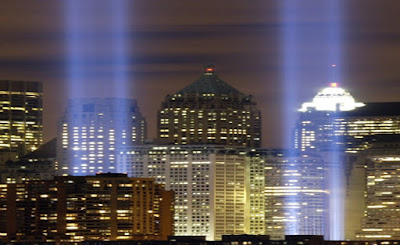 What is an SRO?

SRO stands for single room occupancy. There is no strict definition for this form of housing but it is generally similar to college dorms or military barracks. It is a historical form of housing in the United States that is largely going extinct. At one time, it was a common form of market-rate housing available to small households, such as unmarried young adults or single parents. It may be a single room with a closet, fridge and sink or it may be a room with a private bath or half bath. These small units are part of a multi-tenant building with some shared facilities. There are typically shared bathroom facilities down the hall and the building typically also contains a shared kitchen. It's also common for there to be a shared living room somewhere in the building where tenants can watch TV together or similar. Units do not have full kitchens but may have a kitchenette. If a unit has a full-service kitchen, it will probably at that point meet the definition of a studio

Guidelines are Not Strict Rules

In the military, they have two kinds of rule books: Regulations and Guidelines. Regulations are to be followed strictly. If it says "This doohicky on your uniform should be one inch from that other thing" then you literally pull out a ruler and measure it and adjust it until it is exactly one inch. Guidelines are not followed strictly. They help you make the best possible decision, all things considered given real world conditions, but guidelines are not strict rules to be followed exactly. They have regulations for things like your uniform and they have guidelines for how to conduct a battle. Here are a few useful sayings that come out of military culture: No plan of attack survives contact with the enemy. Sometimes a 90 percent solution now is better than a 100 percent solution later. You gotta break some eggs to make an omelette. That last line is a saying about training deaths. The military does something really challenging where even if they do everyt